Szczecin is worth seeing

Welcome to Szczecin – the city of Floating Gardens, where greenery and water take more than a half of the city area.

Szczecin is the capital and the largest city of the Zachodniopomorskie province, located on the Odra river and Dąbie Lake,  the fourth largest lake in Poland.  The city Has a population of 409,2 thousand and area of 300 square kilometers.

Because of its unique location near the Polish-German boarder (12 km) and proximity of the Baltic Sea (90 km) accessible via the Odra River and the Szczecin Lagoon it has become a significant centre of the maritime industry, with still active seaport, repair shipyard „Gryfia”, yacht shipyards and headquarters of several sailing companies.

Szczecin has a lot of attractive and magical places that are worth seeing. There are over 270 protected historical monuments and the city itself is a part of the European Route of Brick Gothic.

The city is also famous for its unique urban planning with several squares, roundabouts and radiating, wide avenues similar to Paris. Szczecin also has its own little ”Venice” – a complex of old industrial buildings with former alcohol and yeast manufactures, shooting straight from the water along the Odra river, near the Central Railway Station.

Szczecin is a city bathed in greenery with beautifully blossoming magnolias, which became a symbol of our city, unique plane tree alley in the Kasprowicza Park and the Rose Garden. There are 16 city parks and 93 urban greenery areas. The Central Cemetery also has more from park character than from the character of place of eternal rest. Total area of 167,8 hectares makes it the third biggest cemetery in Europe and the largest, and surely the most beautiful one in Poland. It had been designed and established at the beginning of the 20th century using natural landscape virtues, hills differences and water flows. The necropolis contains several monuments, including ones dedicated to The Heroes of September 1939, the victims of Stalinism, „Those who did not come back from the sea”, Sybiracy, The Cross of Katyń and The Cross of December 1970, and an original Dutch windmill from the 19th century.

The city is surrounded by 3 big  forest complexes : Puszcza Wkrzańska from the north, Puszcza Bukowa from the south and Puszcza Goleniowska from the east. All of them are parts of the Promotional Forest Complex “Puszcze Szczecińskie”, which has total area of 61,07 hectares. The forests are characterized by their diverse natural conditions with many water flows, rivers and lakes and a plethora of flora and fauna. There is a number of protected species in these areas including rare bird species, such as: white-tailed eagle, black stork, red and black kite and lesser spotted eagle.

Within the boarders of Szczecin there several forest parks : Arkoński, Głębokie, Mścięcino and Kasprowicza Park and city forests : Uroczyska Dąbie, Wielgowo and Jezierzyce. The Puszcza Bukowa forest complex encompasses 8 south-eastern districts of the city together with Szmaragdowe Lake which had been created on the area remaining from an old limestone mine, flooded in 1925. Along the lake there is a tourist trail with designated places for campfires and an observation deck with view on the city skyline. Among other parts of the Puszcza Bukowa forest complex there are also the Dendrological Garden in Glinna and golf course in Binowo.

Because of its proximity, landscape values and the neighborhood of Szczecin Lagoon, the area of the Promotional Forest Complex has become an important place for recreation, not only for local inhabitants, but also for tourists, appreciators of nature and water sports. On multiple hiking, cycling and horse tourist trails, one can actively rest and stay in close contact with nature. The variety of water reservoirs – rivers, lakes and backwaters attracts enthusiasts willing to spend their time on the water. Professionally prepared marinas on Odra River, Głębokie Lake and Szczecin Lagoon await the owners of larger vessels. The White Fleet boat trips starting near the Chrobry Embankment are a great opportunity to behold the city and the port.

Szczecin is famous for some of its local products. The first one is paprykarz szczeciński – a typical sandwich addition consisting of grinded fish meat. The second local delicacy are Szczecin rolls made from yeast cake stuffed with cheese, meat or cabbage with mushrooms. “Starka” is a  special kind of seasoned vodka produced from rye, only in the local distillery. It owes its taste to long mellowing in oak barrels and small additives of lime or apple leaves. ”Bosman” is a famous lager beer made in two variants – red and green by the local brewery.

Szczecin City Trail includes 42 historical objects on a 7 km distance. It is determined by a red dashed line on the sidewalks. In front of every object there is an information board. The trail was marked out on the occasion of the 750th anniversary of granting city rights to Szczecin.

Some of the most important objects on the trail are:

The Golden Trail leads from the  Pomeranian Dukes’ Castle through Square of Polish Soldier, Square of Airmen with Monument of Bartollomeo Colleoni, Alley of Fountains with Statue of Sailor, Grunwaldzki Square with historical tenements, John Paul II Alley, historical Building of the City Council, Statue of John Paul II, alley of plane trees, “Three Eagles” Monument,  Kasprowicza Park with Lake Rusałka,  Amphitheatre, Rose Garden, Valley of Seven Mills to the Arkoński Forest and Głębokie Lake. The trail is a superb place for active rest. On the way you can find friendly bike routes with parking places and designated places for campfires.

Tourist Trail „Distinguished Szczecinians and their Tenements”  comprises 13 historical tenements built between 1885 and 1910, which had been homes for outstanding citizens of the city, such as: actor, singer and director Antoni Kaczorowski; teacher and first headmaster of the 1st Secondary School in Szczecin – Janina Szczerska; soldier of the Home Army, „Jachna” in the legendary Troops of  Polish Underground State –  Janina Smoleńska; Wilhelm Meyer- Schwartau – architect, who designed the Chrobry Embankment and planning of the Central Cemetery; queen of twist and remarkable female singer Helena Majdaniec.

Museum of Technology and Communication filled with vintage trams, buses and cars, among which are the famous “Mikrus” cars and  “Junak” motorcycles – both produced in Szczecin .

”Pionier” Cinema from 1909, is the oldest cinema in the world. It still operates and has two projection rooms: “Main Room” and the retro “Kiniarnia” hall  where films are played using a genuine vintage projector.

If you are interested in visiting and experiencing all the wonders of our beautiful city please go to www.poznaj.szczecin.pl, where you can book a professional tour with a guide. 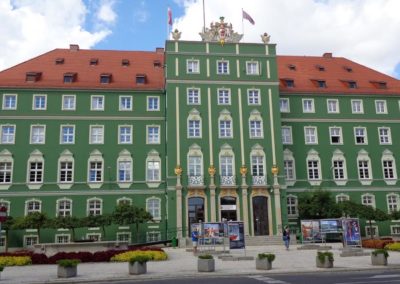 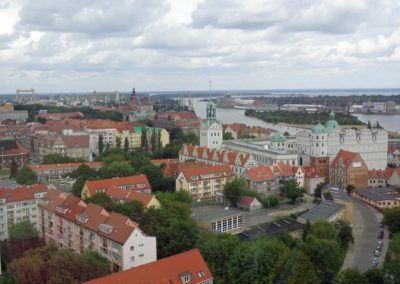 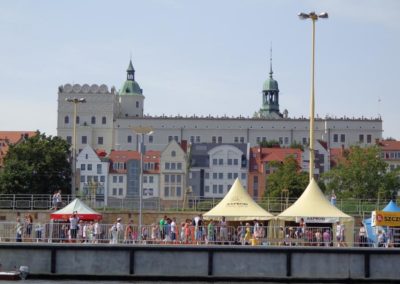 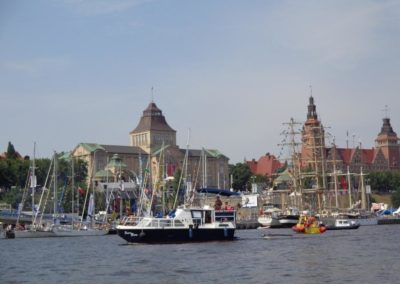 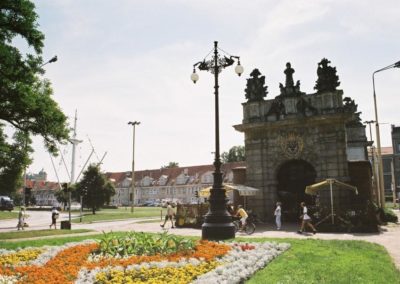 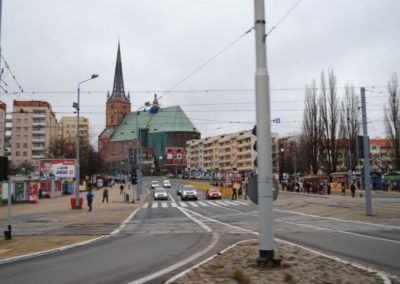 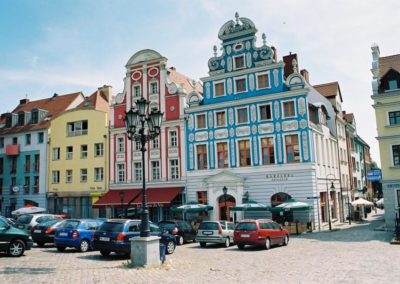 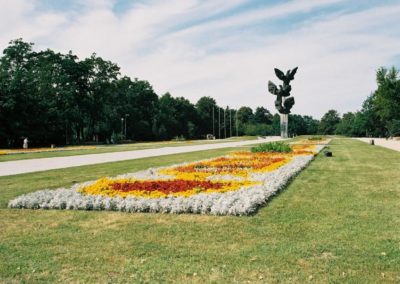 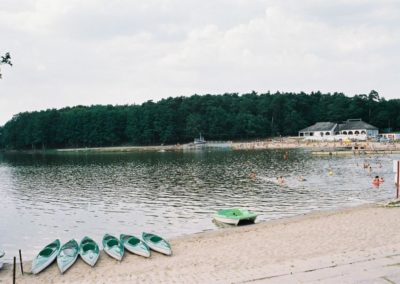 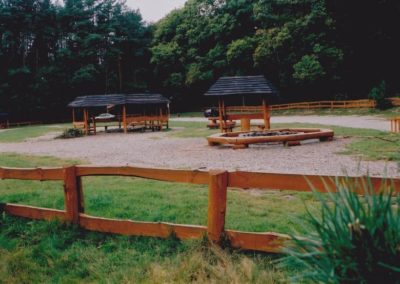 It's worth seeing Szczecin